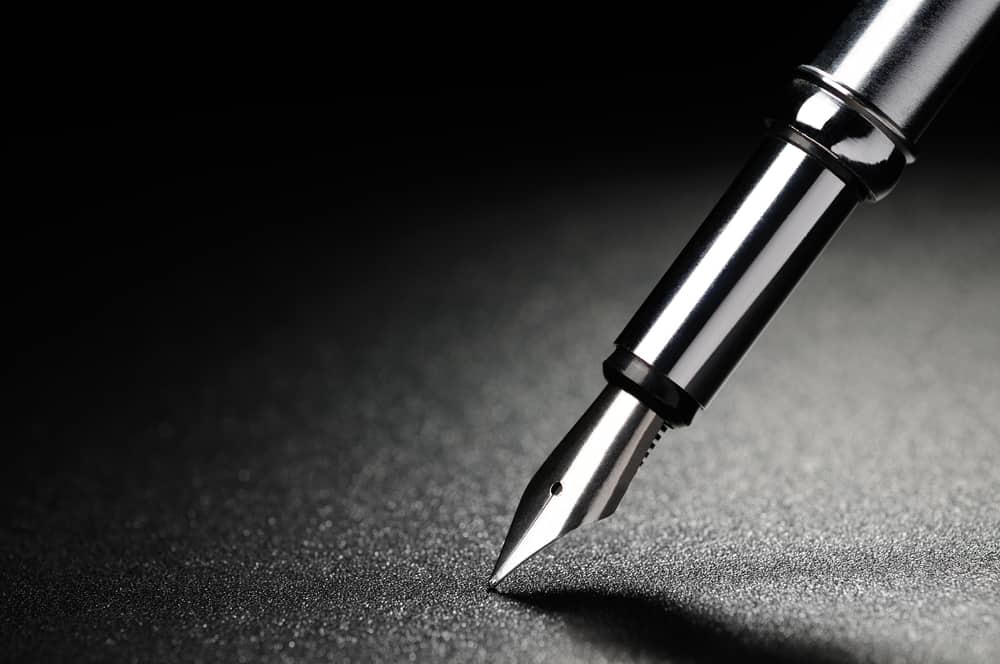 The Japanese have elevated the manufacture of fountain pens to a fine art. In doing so, they have created a new dynamic market for custom stationery in general and fountain pens in particular. In 2019 Japanese fountain pen retail sales were up by 19.23%, reaching $15.5 million.

Regular fountain pens in Japan aren’t necessarily cheaper than elsewhere. Handcrafted pens may be cheaper than in other places, but you have to factor in customs and shipping. Pen stores in Tokyo offer significant discounts but don’t all sell top brands, and the range of nibs and models is limited.

“Cheaper” is a relative concept that has to be contextualized when talking about fountain pens. To ascertain whether fountain pens are cheaper in Japan, you have to know what kind of fountain pens you are talking about. Then you can compare the prices in Japan with the cost of those same pens elsewhere. Premium pens sell for premium prices everywhere.

An owner of a custom notebook and pen store called Kakimori in Kuramae, Japan, said that foreigners spend twice as much money at his store as the Japanese because they say the notebooks and pens are cheap. He said that the Japanese themselves have never said that. However, he did complain that exchange students are buying up limited edition fountain pens and inks and selling them for a markup in their home countries which is ruining the price structure.

One fountain pen fan in 2018 pointed out that the Platinum 3776 Century had a list price of $220, yet it could be bought on Amazon for $76, and Itoya, a Japanese shop, had it on their website at $148. Another observed that most Japanese stores sell at the full retail price and are not open to haggling or ad hoc discounts. Sometimes you can buy a second-hand premium pen in Japan at a good price.

These days there is not a great deal that you can buy in Japan that you can’t buy online from Japanese stores. It might pay you as much to shop at a Japanese online store as it does to go shopping in Japan itself. For instance, a website called pensachi.com is currently selling a Platinum 3776 Century Rhodium fountain pen in Chartres Blue for $135. The same pen is advertised on gouletpens.com for $192.

Pensachi is based in Japan, while the Goulet Pen Co is in the US. According to its website, shipping to the US by Pensachi is between $19.99 to $49.99, so whether or not this is a good deal depends on where you live. Goulet charges a flat rate for FedEx 2 day shipping of $16 and a FedEx standard overnight flat rate of $34 for domestic shipping.

Bargains are available in Japanese shops, but this is often down to luck rather than because fountain pens are generally cheaper in Japan.  Many Japanese fountain pens such as Pilot and Platinum are on the cheaper end of the price spectrum no matter where you buy them.  You can buy Pilot, Platinum, and Sailor pens, well-known Japanese brands, in many places, and it may be better to look at online shops if you are looking for good deals on these pens.

If you are going to go to Japan only to buy fountain pens, you will have to factor your trip’s costs into the cost of the pen. You are likely to find it is cheaper to buy the pens online or at a retailer near you. If you are already in Japan on holiday or business, then you would have spent the money on your trip anyway and need not factor it into the pen’s cost.

Some Japanese fountain pens are highly sought after and cost a great deal of money no matter where you buy them. This is due to their beauty and the craftsmanship that went into them.

Nakaya pens are Japanese handmade fountain pens. They have a website from which you can order their pens which are shipped internationally. However, the prices of these pens can run to thousands of US dollars. For instance, a Karasu Tengu pen costs $14 500, and an Ayakashi (Apparition) costs $ 4500.

Some of them, like the ST Cigar Toki-tamenuri, are advertised at $750, while the TW Writer range costs between US$850 and US950. While you no longer have to go to Japan to buy them, the Nakaya Fountain Pen Co is Japanese and operates out of Japan. Nakaya says its mission is to design a perfect pen for your hand alone. They say that if you want something original, you can contact them directly.

Namiki is another famous premium pen brand that is made by the same company as Pilot pens. Namiki pens are handmade at the Maki-e studio in Pilot’s Hiratsuyka plant. You can explore them on the website at www.pilot-namiki.com, but you can’t order them there. Namiki pens are available to order at www.nibs.com/catalog/pens/brand/namiki-14, but like Nakaya pens, their prices run to thousands of dollars.

They are not much cheaper in Japan, and if you order one online from Japan, shipping and customs charges will bring the price back up. A couple of members of a fountain pen forum who live in the US said they buy most of their Japanese pens from Japan and that it was cheaper overall to do so, but this was back in 2015. A lot can change in six years, so it’s best to do your research. You can also check out what is available on eBay.

Shopping For Fountain Pens In Japan Is About The Experience

Many custom-made fountain pens are crafted by hand by Japanese pen makers. These works of art are not readily available outside Japan, so tourists flock to the stationery stores there. The attraction of shopping for fountain pens in Japan is that you can access a more comprehensive range of products than you do online.

When you shop for fountain pens in Japan, you are not just shopping for stationery. It is akin to a wine tasting, and you are in it for the experience as much as the actual purchase. They have a wide variety of pens that are exclusive to Japan and allow you to try any pen you set eyes on. There is usually a resident nib expert to explain the finer points of the various nibs available to you. The pens are sold, however, at full retail price.

Itoya Ginza, Shosaikan, and Maruzen are famous stationery stores in Japan that sell the most comprehensive range. Itoya has a whole floor devoted exclusively to fountain pens, accessories, and inks. Sailor, Pilot, and Platinum pens can be found at other pen stores at a discount, but they may not have the particular nib or pen model that you are after.

Other reputable pen stores are Bungbox, Nagasawa, and Tokyo Quill. If you’re searching for a particular pen, you must be prepared to travel to a branch that has it in stock, which may not be in Tokyo itself. This adds to the cost of acquiring the pen.

You also have to consider the exchange rate when asking whether fountain pens are cheaper in Japan. Depending on the strength of your domestic currency, they could work out cheaper – or not.

You may be able to find bargains on fountain pens if you shop for them in Japan. However, it is not possible to say as a general rule that they are cheaper there. If you are a fountain pen fanatic and want to savor the delights of Japanese stationery shops, it is worth combining a shopping trip with a holiday. However, many Japanese pens are available online, so if you are just looking for a good deal, it is best to start with the internet.

Factors that make a fountain pen good are reliability, availability of ink, heft in the user’s hand, a range of nib sizes, the quality of the materials used to make it, smooth ink flow, and nib smoothness. A good pen is well balanced, easy to use and maintain, and suits the user’s handwriting style.

Both fountain pens and dip pens are used globally. The fountain pen does the job perfectly when it comes to regular writing. Dip pens are preferred by people who do calligraphy. Both of these pens are important, and what you need to do with them will ultimately determine which one would be suitable.

A fountain pen is a fantastic gift for any writer, be it a student, budding author, diplomat, lawyer, politician, diarist, or old-fashioned letter writer. It can be a graduation gift, mark the occasion of an important business deal,  life event, or a special birthday. Pen enthusiasts would love one.

Both fountain pens and dip pens are used globally. The fountain pen does the job perfectly when it comes to regular writing. Dip pens are preferred by people who do calligraphy. Both of these pens are important, and what you need to do with them will ultimately determine which one would be suitable.

Fountain pen inks come in an incredible array of colors. Diamine offers one hundred and ten different colors, and Noodlers also provides over a hundred…